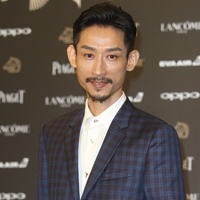 Born in 1975, Bamboo Chen (陳竹昇) started to work part-time and created craft tools for performance groups when he was fifteen. Due to the shortage of performers, he occasionally played cameo roles. Later, he became a professional actor and participated in stage plays, television dramas, and films. He had also served as a stage director for several Taiwanese films. He gained public attention with his performance in the film "Zone Pro Site (總鋪師)" in 2013.

In 2017, the five films that he participated were all nominated by the Golden Horse Awards. Having successfully interpreted different roles, he won the 54th Golden Horse Award for best supporting actor with the film "Alifu, the Prince/ss (阿莉芙)."