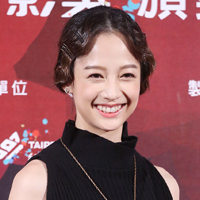 Graduated from the Taipei National University of the Arts with a degree in Directing, Chien Man-shu is a director, screenwriter and actress. Her fresh face and adaptability skills have made her a favorite of many directors. After making her TV debut in 2010, Chien started acting in several TV dramas and films. In 2015, she was nominated for Best Supporting Actress at the Golden Horse Awards for "Maverick." In the same year, she also directed her first feature film "OPEN! OPEN!." She has continued to be active in television and film industries in recent years.