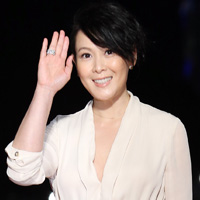 Born in Taipei in 1970, Rene LIU went to America to study music after she was graduated from high school in Taiwan. She returned to Taipei with a degree in classical music. Soon, she joined Rock Record Company, where Bobby CHEN(陳昇) taught her how to compose popular music. However, she was led into film acting by director Sylvia CHANG (張艾嘉) before the release of her first album. LIU won the Best Actress Award in Asia-Pacific Film Festival in 1995 with her first film “Siao Yu.”(少女小漁) Her second film was “The Peony Pavilion,” directed by CHEN Kuo-fu(陳國富). Throughout her film career, LIU has won many awards in national and international film festivals, including the Best Actress Award at 1997 Tokyo International Film Festival with “Murmur of Youth”(美麗在唱歌), the Best Actress Award at 1999 Asia-Pacific Film Festival with “The Personals”(徵婚啟事), and the Best Supporting Actress at Hong Kong Film Awards with “Double Vision”(雙瞳). In 1996 she began to appear in TV serial, and was very popular. LIU is not only a first-rate actress in Taiwan but a singer, composer and writer of popular songs, with vast sales of albums. Her latest film work is Sylvia CHANG’s “20, 30, 40.”