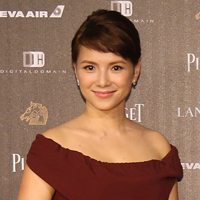 Lee Sinje is possibly Asia's fastest rising female star. Born in Malaysia, she started her career as a singer after being discovered in a talent scouting competition hosted by Sylvia Chang(張艾嘉). In the past few years she has moved into acting to growing international acclaim. For her role in Taiwanese director Lin Cheng-sheng's(林正盛) "Betelnut Beauty"(愛你愛我) she won the New Talent award at the 2001 Berlin Film Festival. At last spring's Hong Kong Film Awards, she won the Best Actress award for her performance in "The Eye."(見鬼) She also won Taiwan's Golden Horse award for Best Actress for that role.