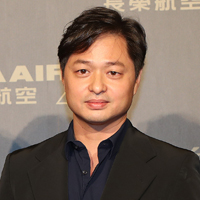 Born on the 27th of Nov. 1977 in Tainan, Taiwan, with BA in Economics at National Taiwan University, Cheng started experimenting with V8 when he was a freshman and participated in several student productions and 16mm film productions for practical training. In junior year, Cheng shot his first 16mm short, Babyface, in which he worked as director, screenwriter and actor. After Babyface, he temporarily left school to concentrate on his second 16mm short film Summer Dream, which entered several international Film Festivals, and Cheng was seen as one of the most promising Taiwanese young talents. In 2006, his first feature Do Over was selected for the International Week of Film Critics in Venice and invited by various international film festivals, such as Vancouver, Athena, and Pusan.

In addition to directing, Cheng is also passionate about acting. In 2008 he played a major role in the TV drama, Police et Vous, and gained enormous popularity. Now Cheng is active in Taiwan’s film and TV industry as an actor and director.