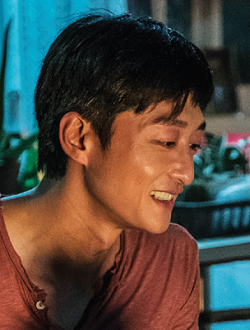 Born in Taipei in 1977, Lawrence Ko received bachelor's degree in theater arts from the Taipei University of the Arts. His father is notable director Ko I-chen. Since the 1980s, he has participated in numerous films and television works including "Kidnapped" directed by his father. He had his first movie role in "A Brighter Summer Day" by Edward Yang. He has worked with several renowned directors including Ang Lee, Hou Hsiao-hsien, Edward Yang, Chang Ai-chia, and Stanley Kwan, as well as up-and-coming directors such as Lin Shu-yu, Cheng Yu-chieh, Chen Hung-i, and Lin Yu-hsien. He has been nominated by the Golden Horse Awards for best supporting actor twice.