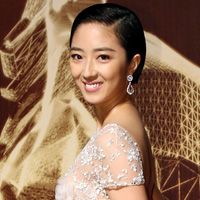 Born in Taipei, Gwei Lun-Mei auditioned for the film "Blue Gate Crossing" and successfully got the lead role when she was seventeen. Her natural acting skill in that film was highly praised. While studying at the French Department of Tamkang University, she went to France on the exchange program in 2004. After finishing university, she continued to participate in films. In 2012, she won the Best Leading Actress at the 49th Golden Horse Awards for "GF‧BF."