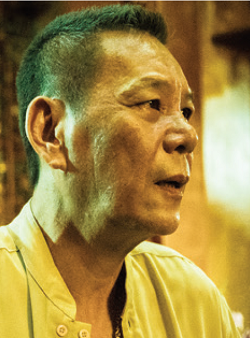 Born in 1953, Shao-Hua Lung made his debut performance in TV series, Good Opening, in 1986. He has devoted himself to acting performances for many years, and accumulated countless works. His works include films, such as Father to Son and Forever Love, and TV series, such as Way Back into Love and A Boy Named Flora A, etc. He was nominated for Best Supporting Actor of Golden Horse Awards with March of Happiness and also for Best Leading Actor of Golden Bell Awards for many times. In 2013, he won Best Leading Actor in a Miniseries or Television Film of Golden Bell Awards with Speaker Macro Resurrection Song, and in 2019, he won Best Leading Actor in a Television Series of the 54th Golden Bell Awards with A Taste to Remember. In September 2021, he passed out and was rushed to the hospital, but then died after being rescued at the age of 68.