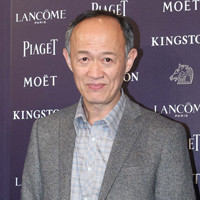 Born in 1951, Chin Shih-chieh has been engaging in the movement advocating for Taiwan's original contemporary theater since the 1980s, and dedicated to directing for stage play and acting for decades. He is the core creator of Taiwan's theater and used to teach at the Taipei National University of the Arts. In 2009, he was honored the National Award for Arts for his outstanding achievement and contribution to Taiwan's theater. In addition, Kim has played various roles in many films and TV dramas. He was nominated by the Golden Horse Awards for best supporting actor in 2014.