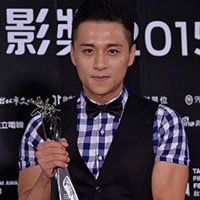 Born in 1982, Jen-Shuo Cheng made his acting debut in TV series, Woman is Flower, which is starred with Chiao-En Chen. His works cover music videos, TV series and films, and he was nominated for Golden Bell Awards, Golden Horse Awards and Taipei Film Awards for many times. He won Best Supporting Actor of Taipei Film Awards with Thanatos Drunk and Gatao 2, and he was nominated for Best Supporting Actor of the 55th and the 57th Golden Horse Awards with Gatao 2 and Classmates Minus respectively. With superb acting performances, he is well received by the audience and continues to be active in the film and television industry.