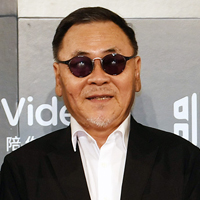 WANG Toon was born in China in 1942. He moved to Taiwan in 1949 with his family when Communists took over China. WANG saw many Chinese film classics when he was still a child in China. He was very impressed with them. When he was graduated from the Department of Fine Arts at National Academy of Art, he decided to work as an art director for Central Motion Picture Corporation. He had worked for veteran directors like LI Han-hsiang, LI Hsing, King HU, SUNG Tsun-sou, PAI Ching-zui and Richard CHEN. WANG made his debut feature "If I were for Real" in 1980. His "A Flower in the Raining Night" was a box office success in 1983, the year Taiwan New Cinema is about to start. "Run Away" made in 1984 was a martial art film with a style of realism. WANG's expertise in art direction separated his film from other martial art films, including King HU's. Since then, WANG focused his attention on the history of Taiwan. His trilogy of Taiwan history, "Straw Man", "Banana Paradise" and "Hill of No Return" were well accepted both critically and commercially. "Red Persimmon" made in 1995 was an autobiographical film of WANG's childhood. WANG was a contemporary of HOU Hsiao-Hsien, Edward YANG and other New Taiwan Cinema directors. However, his style is distinctive and very different from most of them. "Fireball" is the first animation feature WANG Toon directs. He is currently working on another animation features. He is also a professor at Graduate School of Filmmaking of Taipei National University of the Arts.