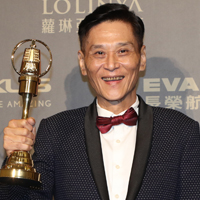 Jason King was born in 1956 and his birth name is Jie-Wen Jin. His father is Chao-Bai Jin, a senior director and actor. Jason King has devoted himself to acting for many years with countless works which cover commercials, TV series and films. He was nominated for Golden Bell Awards many times, and won Best Supporting Actor in a Mini-series/TV movie with Cigarette Ends, Street Rhapsody and Nguyen ThiBichHoa and Her Two Men.