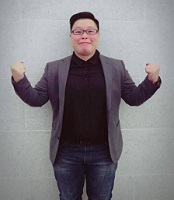 Book Chien (簡豐書), who was graduated from the Department of Motion Picture of the National Taiwan University of Arts, has worked for the C.M.P.C. recording studio for a decade. She is one of the few sound mixers in Taiwan who have experienced traditional analog audio era to digital audio production. Chien is capable of operating traditional duplicator as well as and film projectors. She had been nominated by the Golden Bell Awards for best sound effects for three times and won the award with "Close Your Eyes Before It's Dark (天黑請閉眼)." Chien has rich experiences of film and television audio production. She has also participated in producing more than 50 feature films.