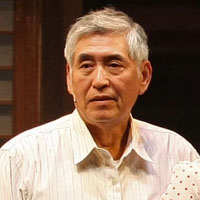 Born in 1949, Ko I-chen is a notable director and actor. He received his bachelor's degree in radio, television, and film from Shih Hsin University and master's degree from the Columbia University in New York. His son is actor Lawrence Ko. His representative work is the segment of "Leapfrog" in "In Our Time" directed in 1982. Skillfully criticizing the social status quo in that era, the film presents strong social consciousness and sincere observations, leading to the beginning of the Taiwan New Cinema era.

In addition to working as a director, Ko often participated in playing different roles in films and television dramas. In 2001, he established the Taiwan Film & Culture Association with filmmakers including Hou Hsiao-hsien, Chu Tien-wen and Liao Ching-song, aiming to cultivate film talents and promote film-related cultural and educational activities. Kater Ko also participated in several films and TV dramas. In recent years, he has actively engaged in social and political movements.