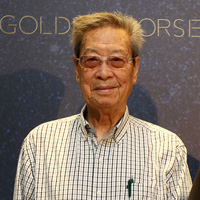 Born in 1929, Chang Yung-hsiang graduated from Fu Hsing Kang College with a degree in performing art. He began his career with writing scripts for plays and radio dramas. In 1964, he wrote his first film screenplay titled "Beautiful Duckling," which was highly praised. Since then, he started the long-term partnership with director Lee Hsing, and became one of the most important screenwriters of the Taiwanese realism films in the 1960s.

He has written screenplays for hundreds of films, with most of them directed by Lee Hsing and Pai Ching-jui. He was a five-time winner of the Golden Horse Awards for best screenplay. In 2016, he was honored the Lifetime Achievement Award at the 53rd Golden Horse Film Festival.