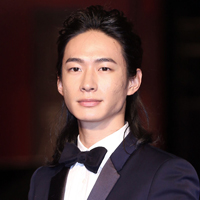 Born in 1989, River Huang is a graduate of the Department of Visual Communication Design of the National Taiwan University of Arts. When he was a junior high school student, he was discovered by director Yee Chih-yen to play the lead role in the TV drama "Dangerous Mind." In 2007, he won the Best Actor Award at the 42nd Golden Bell Awards for that drama, making him the youngest Golden Bell Best Actor winner. Huang's talent earned him the opportunity to play a role in the first Taiwan-Sweden feature film "Miss Kicki" by director Håkon Liu in 2008. Later he participated in many films and TV dramas. In 2016, he won the Best Actor Award at the 18th Taipei Film Festival for thriller "The Tag-Along."