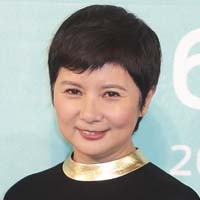 Lee Lieh (李烈) was born in Taipei in 1958 and graduated from Shih Hsin University. She stepped into the entertainment business as an actress at the age of 19 and had participated in many popular movies and TV series.

She once left the show business and became a business woman. After returning to the film industry, she started trying her hand in producing TV dramas and raised funds to establish 1 Production Film. Co.. The first film she produced was "Orz Boyz! (冏男孩)" directed by Yang Ya-che (楊雅喆). Later she served as the producer for films including "Monga (艋舺)," and "Jump Ashin! (翻滾吧! 阿信)," "Zone Pro Site (總鋪師)," and "The Village of No Return (健忘村)," with all of them opening to postive reviews and performing well at the box office. Lee was honored the 47th Golden Horse Awards for outstanding Taiwanese filmmaker of the year in 2010.