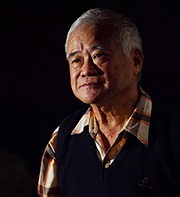 Born in 1952, Hu Ding-yi (胡定一) joined the in-house film technician training program of the Central Motion Picture Corporation after finishing mandatory military service in 1975, and has since began his career as a film technician. During the 40 years working in the sound department, Hu has focused on serving as a Foley artist.

Hu had witnessed different stages of the film development in Taiwan from the early patriotic and political propaganda, realistic films, melodrama films to the peak of New Taiwanese Cinema. He has also created sound effects for nearly 1,000 films and television productions. In 2017, Hu won the 54th Golden Horse Award for outstanding Taiwanese filmmaker of the year.