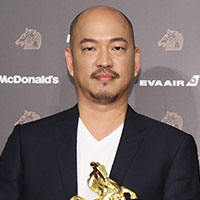 Born in 1972, Chou Chen went to study in France after he graduated from Fu-hsin Trade and Art school with a degree in Arts and Crafts in 1997. During his time in France, he collected many sound materials.

Upon returning to Taiwan, Chou started doing sound mixing and sound design for films. In 2002, he won the Golden Bell Award for best sound effect for "Blue Plague." Later he has produced sounds for several television dramas and films, with many of them earning Golden Bell nominations and awards.

In 2012, he was nominated for Best Sound Effects for "Black & White Episode 1 : The Dawn of Assault" at the Golden Horse Film Festival. He continues to engage in film and television industry in recent years.