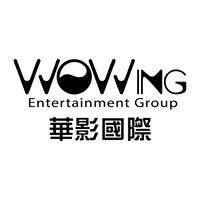 In early 1988, Our CEO Jeff went into movie production with Director Tsai and started exploring the film industry; Jeff had graduated from Thunderbird for his marketing MBA in 2000 and was selected by Johnson & Johnson to Chinese leadership programme, and then worked as marketing director. In 2009, Jeff was invited by Director Tsai to join the production of “Black& White Episode I : The Dawn of Assault” as its marketing director and the result was amazing. Not only the movie went successfully, Jeff had also broken the record in Taiwan film industry history to raise more than NT$100 million in product placement and sponsorship! With his achievement, Jeff had later participated in several outstanding movie join-marketing cases and productions, including Director Doze iconic movie “LOVE” & Vincent Fang’s first ever directorial debut movie “Rhythm of the Rain”& “Black & White II: The Dawn of Justice “.In 2013, Jeff has established “Wowing Entertainment Group” to carry out his visions fur- ther in film industry. Jeff believes by combining corporates resources, production expertise, marketing etc., will create vertical integration, thus magnifying marketing effort to the most, while keeping in mind of target group, will create an extraordinary movie.