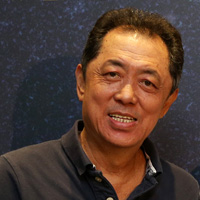 While studying at the Department of English Language and Literature of Soochow University, Chu was discovered during freshman year by a film producer who was scouting for a background actor, and that became his ticket to the film industry.

As a top-grossing director during the 1980s and 1990s, Chu established Yen Ping Films Productions Ltd. in 1987. In addition to making comedy films, he has also tried making films of different genres, including military education, female-lead action, and art films. Since 1995, Chu has started serving as an executive producer, seeking to create more possibilities with directors from different backgrounds.