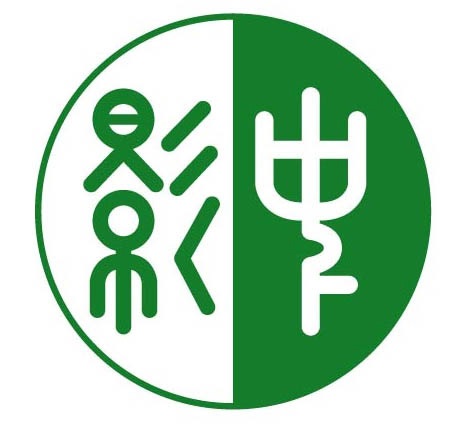 Central Motion Picture Corporation (CMPC), founded in 1954, is the largest and most comprehensive movie production company in Taiwan. Best known for the phenomenal international success of its films over the past few decades, it is also a fully-integrate, multi-faceted corporation which owns a complete array of the most up-to-date filming and editing equipment, film and sound studios, film processing laboratories, art and mainstream movie theaters, and even a movie theme park.
CMPC’s films have consistently garnered numerous awards and accolades in Cannes, Berlin, Tokyo, Locarno, Nantes, and other international film festivals. Among the many CMPC films to gain international acclaim are Ang LEE’s The Wedding Banquet and Eat Drink Man Woman, TSAI Ming- Liang’s The River and Vive l’Amour, and HOU Hsiao-Hsien’s Dust in the Wind and The Time to Live and the Time to Die.
By 2015, CMPC has re-mastered major films including Ang LEE, TSAI Ming-Liang, HOU Hsiao- Hsien, Edward YANG, Kuo-Fu CHEN, Yu-Hsun CHEN, Cheng-Sheng LIN’s films. In the near future, we will re-master our top 50 films in 3 years with English and Chinese subtitles.

Central Motion Picture Corporation (CMPC) was established in 1954 in central Taiwan to make feature film for the promotion of Nationalist government\'s anti-communist policy. Its studio in Taichung was severely burnt down in 1959, thus prompting the reorganizing of its leadership and the rebuilding of its infrastructure. New studios were built in the outskirt of Taipei and new production facilities, including sound recording studio and color film laboratory, were purchased in 1961. CMPC began its international co-production with Daiei(大映) and Nikatsu(日活) in 1962. In 1963 CMPC\'s new general manager GONG Hong(龔弘) made a policy to produce so-called \"Healthy Realism\" films.(健康寫實主義) Young filmmakers like LI Hsing(李行), LI Jia(李嘉), and PAI Jing-Rui(白景瑞) were recruited to make films such as OYSTER WOMEN(蚵女) and THE DUCK-RAISING FAMILY.(養鴨人家) CMPC became the biggest film production company in Taiwan in the 1960s, owning five film studios, two sound studios and one color film laboratory. CMPC started to make patriotic, nationalistic war films in the 1970s after Taiwan was ejected from the United Nations. Romantic love stories and films that aimed to inspire youngsters were also made in the 1970s. After 1978, films that dealt with the Culture Revolution in China were made. IF I WERE FOR REAL(假如我是真的) and PORTRAIT OF A FANATIC(苦戀), both directed by WANG Toon(王童), were two most well-known films of this genre. To combat the growing separatist movement in Taiwan, under the guidance of the Nationalist government, CMPC also produced many films that dealt with the heritage relationship between Taiwan and Mainland China, as well as films about the Chinese revolution of the 1900s.

CMPC\'s policy changed drastically in 1982 when young production managers and filmmakers were recruited to make films like IN OUR TIME,(光陰的故事) GROWING UP(小畢的故事) and THE SANDWICH MAN.(兒子的大玩偶) The popularity in both box-office and film criticism encouraged CMPC to continue this tendency to hire young directors to make the so-called \"Taiwanese New Wave\" films. Other films of the Taiwan New Wave movement produced by CMPC included THAT DAY ON THE BEACH,(海灘的一天) A TIME TO LIVE AND A TIME TO DIE,(童年往事) KUEI-MEI, A WOMQN,(我這樣過了一生) THE TERRORIZERS,(恐怖份子) DUST IN THE WIND,(戀戀風塵) and STRAW MAN.(稻草人) One of the most important producers of New Taiwan Cinema was HSU Li-Kong(徐立功\), Assistant General Manager and later General Manager of CMPC. He was instrumental in hiring more young filmmakers to work for CMPC, while continuing cooperation with the first wave New Taiwan Cinema directors like Edward YANG(楊德昌) and HOU Hsiao-Hsien(侯孝賢). Ang LEE(李安) and TSAI Ming-Liang(蔡明亮) are two of the younger directors recruited by HSU in the 1990s. A BRIGHT SUMMER DAY,(牯嶺街少年殺人事件) PUSHING HANDS,(推手) EAT DRINK MAN WOMAN,(飲食男女) and VIVE L\\\'AMOUR(愛情萬歲) are the most famous films of this period of CMPC\'s history. Other young directors recruited by HSU Li-Kong at this period include LIN Cheng-Sheng(林正盛), Emily LIU(劉怡明), WANG Hsiao-di(王小棣), CHEN Yu-Hsun(陳玉勳), CHEN Kuo-Fu(陳國富) and YEE Chih-Yen(易智言). When HSU Li-Kong retired from CMPC in 1996, due to his poor health, the film industry in Taiwan was facing a continuous down-turn trend. Chiu Shun-Ching(邱順清), the new general manager decided to diversify and co-produce commercial-oriented films with other film production companies. Art films co-produced by CMPC and Zoom Hunt International(縱橫國際公司), a company established by HSU Li-Kong after he retired from CMPC, after 1997 include THE HOLE,(洞) directed by TSAI Ming-Liang, THE PERSONALS,(徵婚啟事) directed by CHEN Kuo-Fu, and LOVE, GO GO(愛情來了) directed by CHEN Yu-Hsun.

1999 marked the 45th anniversary of CMPC. Films made by young directors this year include BAD GIRLS TRILOGY,(惡女列傳) COP ABULA,(條子阿不拉) LAMENT OF THE SAND RIVER,(沙河悲歌) and HIDDEN WHISPER.(小百無禁忌) Although situation of Taiwan film industry after 2000 is getting worse as time goes by, CMPC however, continues to recruit small amount of young directors to make low budget films. It also produced its first animation film THE BUTTERFLY LOVERS(蝴蝶夢：梁山伯與祝英台) in 2003. How things would work out for CMPC, and for Taiwan film industry in general, remains to be seen.